Home builders across the nation are dealing with persistent — and often costly — product delays that are throwing a wrench in project timelines. And even for a high-profile build like The New American Home 2023, supply-chain issues are forcing the build team to constantly adapt.

"Our biggest challenge has been figuring out when each of the products will show up so we know when to schedule our labor," said Michael Gardner, principal at Luxus Design Build and lead architect of the 2023 home. "All of our subs have been so busy, and because [product] delays have become so common, no one will commit to a specific date until the product is on site."

In fact, the project stood practically still for more than three months during the spring while waiting for products to arrive. 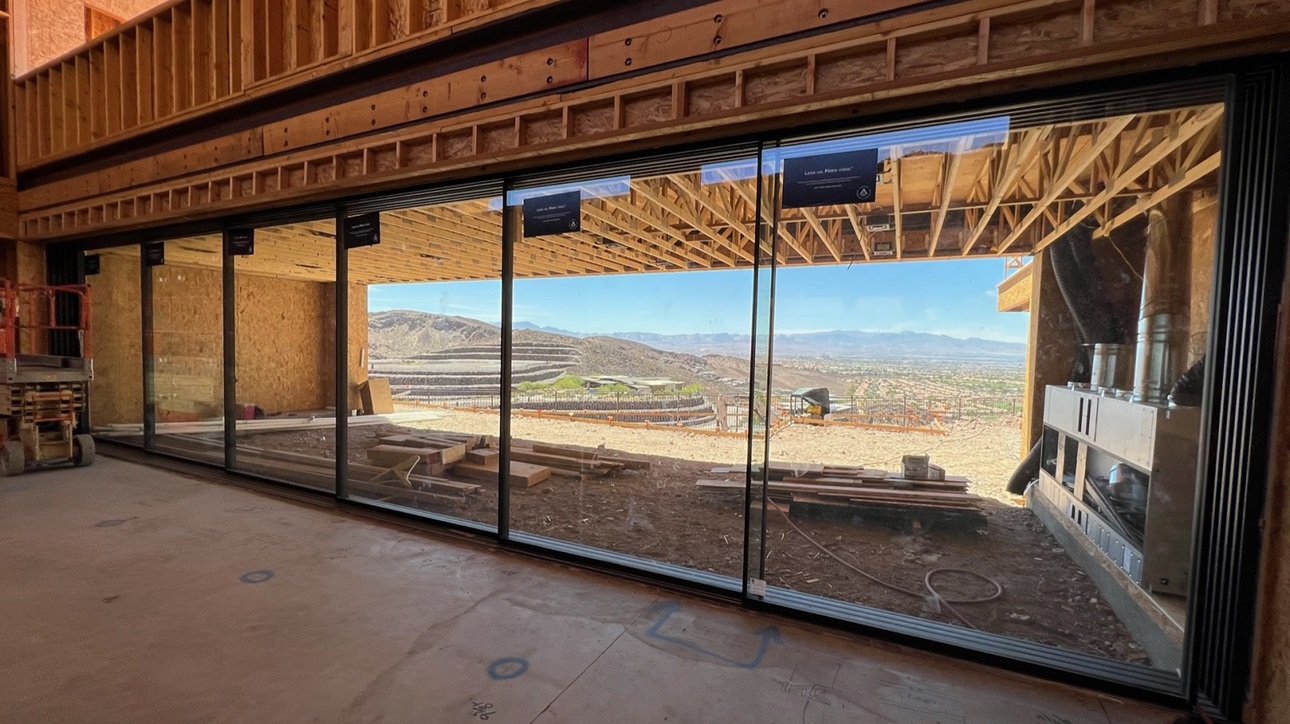 The window package from Awake Windows & Doors includes a 45-foot-wide multi-slide door system across the back of the home. The innovative rolling system enables the large doors to slide with ease, and the interlocking frames maximize the view of the Las Vegas valley below.

But as the flagship exhibit of the NAHB International Builders' Show®, The New American Home has a hard deadline for completion. So to stay on top of the tight installation schedules, Gardner says his team is following up with vendors at least weekly, if not daily to get delivery updates.

"It's now gotten to the point where it seems like we're more of a logistics company than a construction company," Gardner said lightheartedly. "But it's not just a challenge for The New American Home; it's the same for all of our other projects, too. And I know most other builders are dealing with the same struggles — it's just a reflection of where we're at as an industry."

Despite the significant delays earlier this year, the project is on track for completion this December. The home boasts 7,575 total square feet of living space, with four bedrooms and six and one-half bathrooms. It also will feature a spa, game room, private office, state-of-the-art outdoor kitchen, a rooftop deck and a two-tier pool.

The home is expected to earn the highest marks for energy efficiency and performance, including Emerald-level status of the National Green Building Standard™. Among numerous energy-saving products and techniques used, the foam and Fi-Foil insulation will be key to helping it achieve the lofty goal of becoming one of the most energy efficient in the state of Nevada, if not the entire country, says Travis Holden, project manager for Luxus Design Build.

"The [HY-Fi insulation system] really pushes us to that next level of energy efficiency," Holden said. "It's what's going to set us apart from everything else that we've done."

Learn more about the product install and overall progress of the home in the video below:

All registered IBS attendees can tour The New American Home between 9 a.m. and 5 p.m., Jan. 31 - Feb. 2. Complimentary shuttle buses will depart every half hour from the Las Vegas Convention Center (LVCC). Shuttle bus tickets will be available on a first-come, first-served basis at The New American Home booth located in the Central Hall of the LVCC beginning each day at 7:30 a.m.